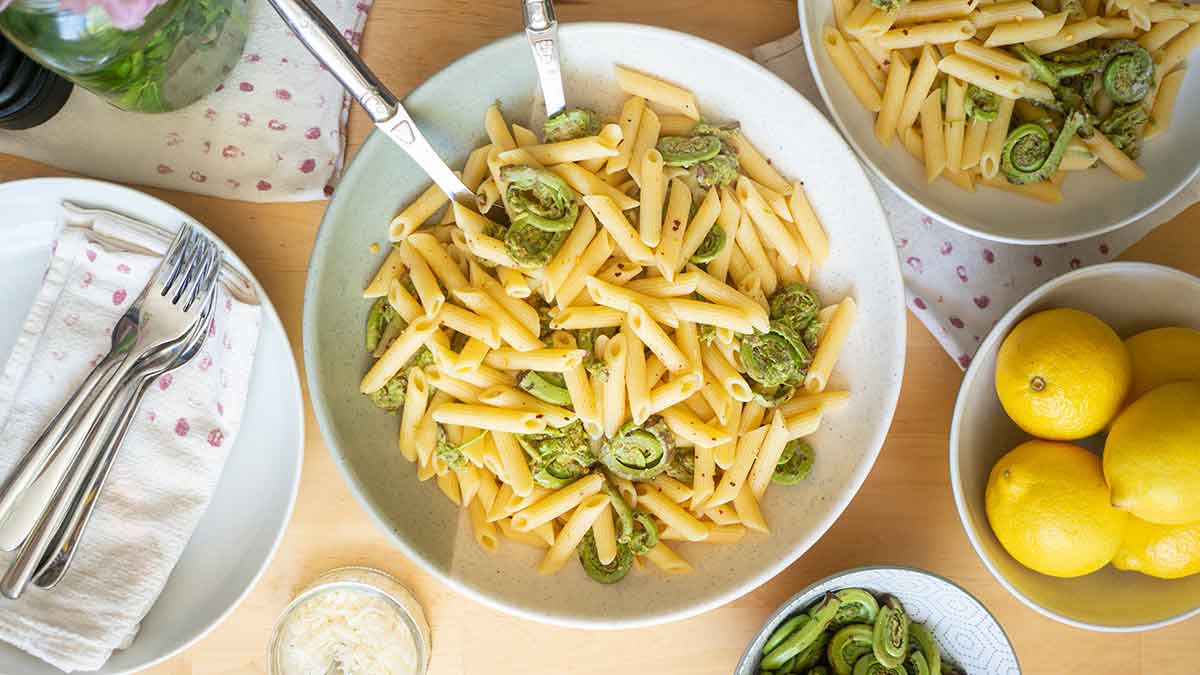 The History of Fiddleheads in Canada

The history of fiddleheads is a long one. Like, really long. Also known as the ostrich fern, these twirly little greens date back to the time of the dinosaurs, more than 100 million years ago. But ironically, the season for fiddleheads is fleeting — they only are available for a few weeks of the year in the spring. While many people don’t really know what the fuss is all about, those who love to eat (and cook) fiddleheads will forage and pillage local farmers’ markets to get a taste of the passing palate pleasers.

So, let’s unfurl those coiled little fronds and learn about their history, and more importantly how to pick them and prepare them for eating.

Here in Canada, the ostrich fern sprouts up across the country, but it’s in the Maritime provinces, in particular New Brunswick, that sees the biggest bounty of fiddleheads in the spring. Hungry Quebec and southern Ontario residents also benefit from a fiddlehead season.

The Maliseet, Mi’kmaq, and Penobscot peoples who lived and ate in what’s now Eastern Canada were the first to understand the deliciousness of the fiddlehead. Later, they introduced them to the Acadians who settled in New Brunswick in the 18th century and later still to the Loyalists who arrived after the American War of Independence, ill-prepared for the grueling winters.

As the centuries passed, this little fern became a delicacy. Some chefs revere them, some home cooks fear them. But now they are showing up in farmers’ markets picked by local foragers for a brief period in the spring or in specialty grocery stores for sky-high prices.

These days, if you’re interested in a spring road trip to New Brunswick, the fiddlehead capital of Canada, you might want to stop at Plaster Rock, about two hours north of Fredericton. There you can see the statue of the world’s largest fiddlehead, measuring 24 feet tall!

Further north, you’ll find Tide Head on the south bank of the Restigouche River just before it flows into the Gulf of St. Lawrence. The village Tide Head is considered is the fiddlehead capital of the world and in the springtime, thousands of those little ferns sprout up along the banks of the Restigouche, making it Disneyworld for foragers and chefs.

Like many of the seasons on the east coast of Canada, fiddlehead season is fleeting. In fact, it’s only a few weeks long! For two weeks in May the little ferns are in their curled-up stage, when they are known as fiddleheads. After that, they unfurl and are just regular old foliage, not a deliciously tasty treat.

Safety first: never eat fiddleheads raw! They have natural toxins in the little furry part, so make sure to clean the fiddleheads using your fingers to remove as much of the brown papery husk as possible. Then rinse them several times with cold water. Next, boil the fiddleheads for 15 minutes. Discard the water. Cook fiddleheads before sauteing or adding to other dishes. 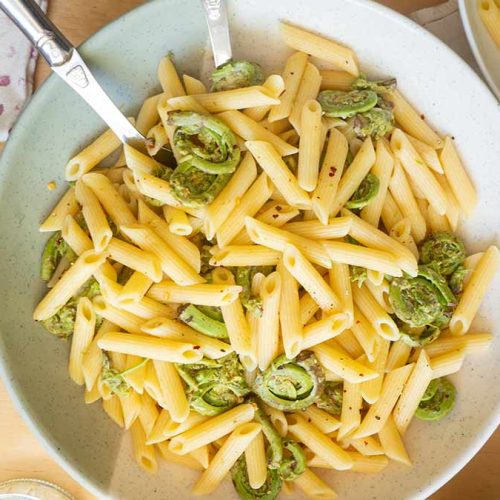 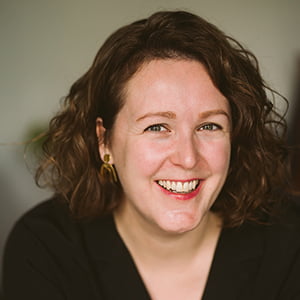 Gabby is a food writer, culinary historian and recipe developer. Based in St. John’s, NL she is the city’s restaurant critic for The Telegram and writes a syndicated food trends column for the Saltwire Network of newspapers. Gabby travels to eat, is always planning her next meal, and is currently writing a book about the history of restaurants in Canada.

You can unsubscribe at any time by emailing info@canadianfoodfocus.org, or by using the UNSUBSCRIBE link provided in every email. For more information, see our privacy policy here.